The 89th Academy Awards (a.k.a. one of my favorite nights all year-long) are on February 26th. It’s such a special evening rooted in old Hollywood tradition and is meant to honor the very best of cinema. I admittedly haven’t seen all of the major films up for nominations, but I’m glad I did get a chance to see the one with most: La La Land.

Whether you’re hosting a big screening party or keeping things more low-key by tuning in with a few friends and family at home, make sure to print out these ballots and definitely have a bottle of celebrity wine on hand. It’s so festive to drink wine made from celebrity vineyards on awards night, and you surprisingly don’t have to drop a ton of money on the following four! There are so many celebrity labels out there, but sticking to those in the film industry stays faithful to the Oscars theme. By no means are these the only celebrity wines out there (I’ve been dying to get my hands on the Senses Sonoma Coast Pinot Noir from Bates Motel actor Max Thieriot, am intrigued by Twin Peaks actor Kyle MacLachlan’s Pursued by Bear label, and want to make a weekend trip up to Fess Parker’s Los Olivos winery); however, I’m sharing a few of my personal favorites that are all fairly easy to find at your local wine merchant or grocery store. Two are from Francis Ford Coppola’s Geyserville winery, which I’ve had the pleasure of visiting numerous times (like in this post). 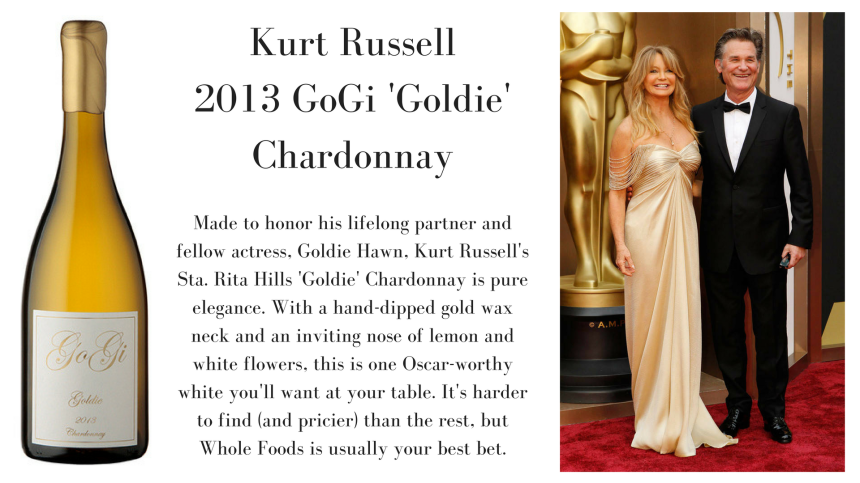